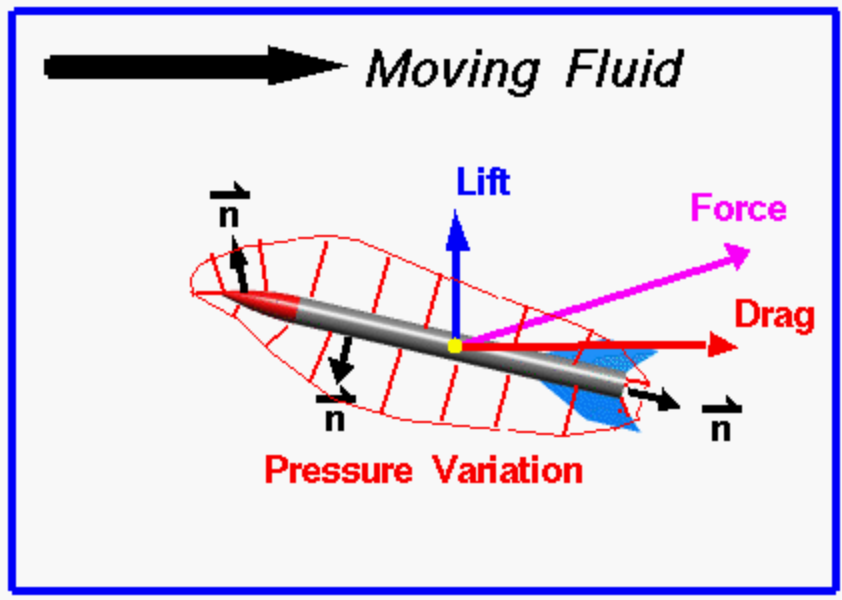 For a small area of the rocket’s surface, the total aerodynamic force depends on the air pressure acting upon it:

This force acts perpendicular to the surface. A positive pressure acts inwards on the rocket, and a negative one pulls away from it. By summing up all these contributions over the entire rocket we can obtain the total aerodynamic force acting on the rocket:

Where $\vec n_i$ are the outward-pointing surface normals.
If we make the areas infinitely small, this becomes an integral:

There are many factors that affect aerodynamic forces. In the case of a rocket we are mostly interested in drag, since lift is usually quite small.

All these factors converge into two mathematical equations called the Lift Equation and the Drag Equation. With the these equations we can predict how much aerodynamic force is generated by a given body moving at a given speed through a given fluid.